every second of every minute of every day,
something happens, unexpectedly, that makes a powerful impact on the rest of your entire life...IF, and only if, you are smart enough to listen...i don't even know how old i was, but it was not more than 11, and GREASE was the number one movie for about 17 weeks, which, is amazing...i was dying to see it, but my parents thought it was too risque, as it held a PG rating. i begged, pleaded, but to no avail. i was a fat italian boy with kinky hair and acne, and wanted to be something else, someone else so bad, and movies were my escape. my mother told me that if i lost 10 pounds, she would let me see the film, so, i put myself on a diet, and every morning i did push ups, sit ups and ran in place, in my bedroom, listening to Macho Man by the Village People, and in about 2 months time, i had lost actually 12 pounds, and so, had achieved my goal. i also had done something internally that had made me a stronger person, for i had recreated my destiny and brought it into the realm of what i dreamed would be a better place for me. i showed and proved to myself that this was indeed, possible. the next day i went with my father to the movies to see Grease. i of course, LOVED it, GAGGED over it and then, almost at the end of the film, saw Olivia Newton John sing the reprise of "Sandra Dee", the pivotal moment in the film where Sandy decides to change herself, step up to the plate and make herself someone she always wanted to be...which of course she does, flawlessly, in spandex.
she, this song, this scene, made me believe, enforced what i had already begun to know, and still makes me cry.
"sandy, you must start a new, don't you know what you must do? hold your head high, take a deep breath and sigh, goodbye to sandra dee..."
anyone can do it, everyone should try it, trust me.
be the person you always wanted to be...
you owe it to yourself. 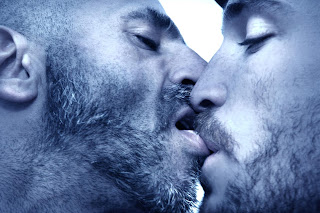