Voices Inside My Head

Voices Inside My Head
The Police (PZO remix)

ya gotta wonder, and, be afraid...

be VERY afraid of what goes on
inside my head! 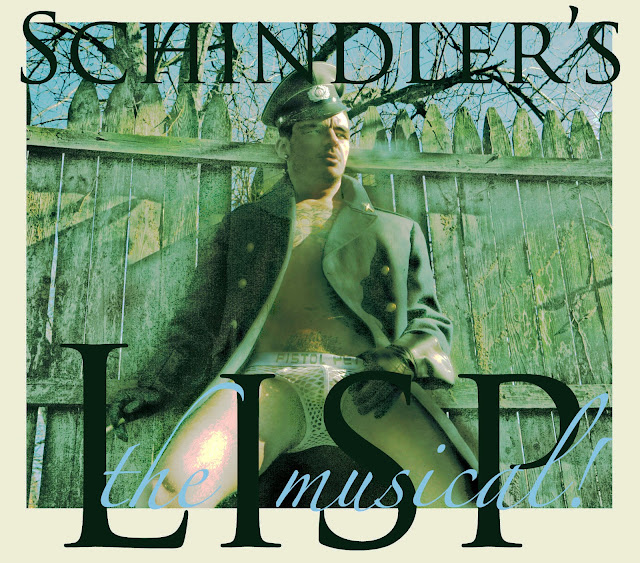 so today i was doing some work on some photos i shot this past weekend, starting thursday i shot a shoot, or 2, a day. it's exhausting work, but it keeps me out of trouble, and it makes me push myself to other levels i never imagined. like today, as i was retouching a shoot i did with newbie-porn/supermodel extraordinaire chad laclair, my mind started racing at this very, frightening idea i had.
i have been tossing around the idea of maybe starting a porn studio that would be something completely different from whats out there. i, personally, don't watch porn because it's like watching my grandmother eat out my little sister, and that's just gross...so, i wanted to do things in an "indy" sort of way where no 2 movies would ever be the same, i wouldn't do the typical story lines or casts, i'd make each film  it's own little art project, maybe one would be documentary style, maybe one in grainy black n white, but this one, this one would be made when i had a ton of cash...it would be a big-budget epic musical based on Spielberg's classic Schindler's List. but the twists would be fierce.
here's the quick story, lemme know what ya think..
Dieter, a handsome Nazi/Hitler youth (who happens to have the gayest lisp ever) falls in love with Saul, a Jewish boy, in the concentration camp he is in, where Dieter is a guard. yada-yada-yada, big musical number of heart wrenching sadness/love/matzoh then CUT! intermission.
act 2- Dieter is given orders to bring Saul and his family to the oven, but not to cook dinner, and it all becomes a frenzy, and just as the gas gets turned on, yada-yada-yada, big musical number of heart wrenching sadness/love/matzoh as Dieter and Saul express their love, and, well, there's gotta be sex in it if it's a porn, so, maybe it's a big orgy...i haven't gotten that far yet, but then, yada-yada-yada, big musical number of heart wrenching sadness/love/matzoh and curtain! 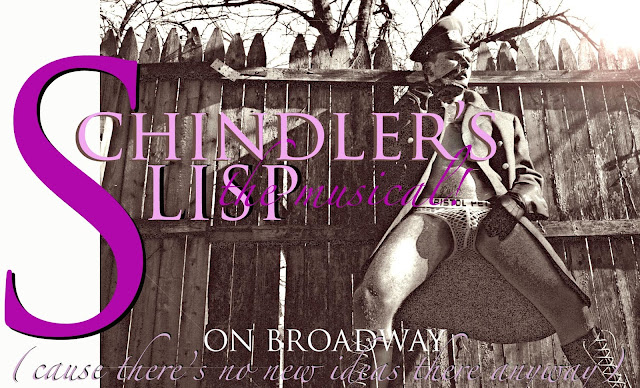 yes? no? maybe?
maybe it's a little edgy, but, who knows...
i mean, if michael lucas can make a movie with his face n little skinny pee-pee, then maybe the world is ready for Schindler's Lisp, the musical...maybe!